I’m starting a PhD in Genetics at Stanford in the fall. The plans are set, I’ve moved out of my apartment, and  thrown away A LOT of clutter from the past year. All that’s left is to physically get myself to California. Can you think of a better way than taking a month to drive across the country with a mountain bike in the car? 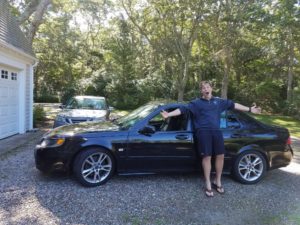 I was READY to hit the road. This would be the second time around the country for the Saab!

The first main destination was Banff National Park in Alberta, Canada. The Canadian Rockies have amazing sights, wildlife and trails for hiking and biking – I encourage anyone who hasn’t been to take a trip.

Some highlights of the first few days, in pictures:

An Amish produce stand I found by following some hand painted signs off the highway. 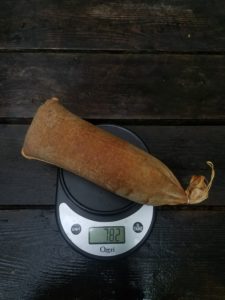 Homemade summer sausage that weighed over a POUND AND A HALF. This was a part of every dinner for the next two weeks or so. 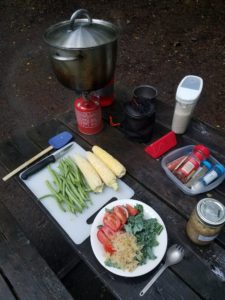 It’s not camping without a few elaborate dinners cooked over a camp stove. 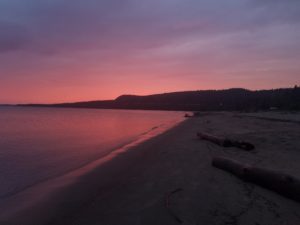 Sunset over Lake Superior. Can you see the freight train in the distance, with the light on the front? 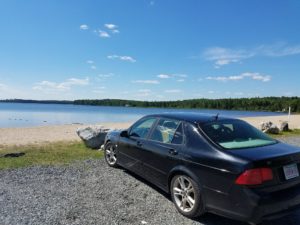 I learned that Ontario is filled with small lakes. It seems like every time I pulled over to take a break or have lunch, I had a chance to get in the water for a quick swim. 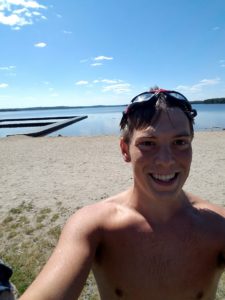 Warning: I took a lot of selfies on this trip, had to do something to keep myself company! 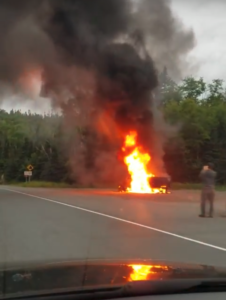 It was a long 3 days of driving to get from Massachusetts to Calgary. Especially the last 24 hours or so through the plains of Manitoba and Saskatchewan. But long hours on the highway paid off, because I got to Calgary fairly quickly. Eventually, the mountains were within reach! 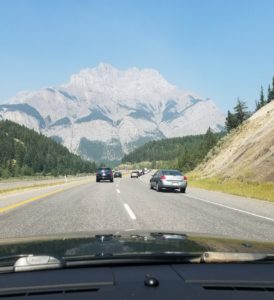 The Canadian Rockies loom in the distance. I knew I was getting close.