After a tearful goodbye with Lauren and Selen, I hopped on a Turkish Air flight and was headed for London. This was my first time in the city, so I was looking forward to the museums, history and … Not to mention trying to pass off my British accent as authentic!

I was staying in Brixton, a neighborhood in South London known for the street market and Caribbean influences . I’m calling Brixton the Somerville of London – super hip these days, gentrifying rapidly, and full of young people who think adding ‘craft’ to the start of everything is a good idea. Brixton still has some of it’s old character, as I saw walking around during the opening hours of the market. 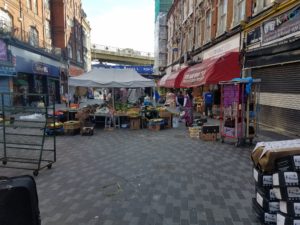 Setting up market stalls in the morning. 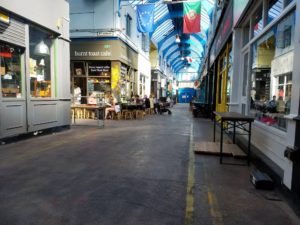 Brixton’s covered market. Coffee shops getting warmed up for the day. 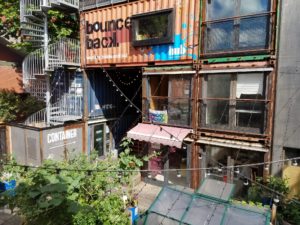 Pop Brixton, a collective of restaurants, bars and shops assembled out of shipping containers. Come 6PM this place was packed! 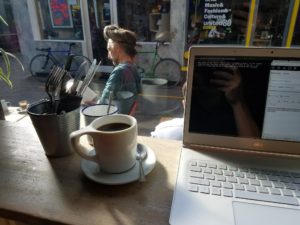 Morning coffee and some blogging.

Museums for the day included the British Museum (Rosetta stone and ancient Egyptian sarcophagi) and the Imperial War Museum. The later had the best collection of WWI and WWII artifacts I’ve ever seen, laid out in a way that felt like your were walking through a history of the war. 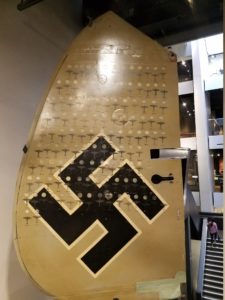 The tail fin from Heinz Schnaufer’s Bf110 fighter. The most successful German night pilot in the war, he shot down 121 British bombers and was responsible for 850 RAF casualties.

Later activities included seeing the sights in London, taking selfies with famous buildings and bar trivia at one of Brixton’s craft beer pubs. 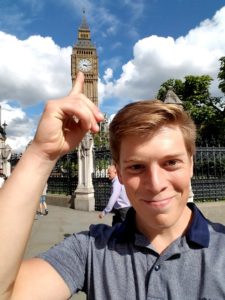 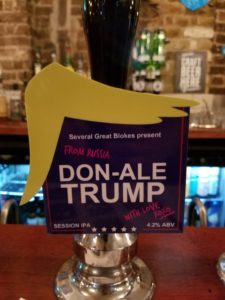 Best tap handle I’ve seen. And a decent beer, too!