After our time roughing it in Yosemite, Lizzy and I were looking forward to the comfort of staying at her brother’s house in Santa Cruz, California. Comfort, and a shower. Probably more a shower than anything!

After we had cleaned up, and had some real food in us (no more of that freeze-dried backpacking stuff!) we spent the next day exploring the Santa Cruz area. We visited UCSC and the arboretum there, which had interesting exhibits of plants from semi-arid climates like Australia and New Zealand. Next was some coffee from Verve Coffee Roasters, an awesome shop on Pacific Ave in downtown Santa Cruz. They had a huge range of different roasts brewing, all of which were light roasts (I think I found my favorite coffee shop). The one I chose had distinctive orange peel notes and was delicious!

We then visited the Santa Cruz wharf and got some fresh shellfish for lunch. Stagnaro Bros is at the end of the wharf, and delivers quick to-go orders of their best stuff. We chose crab cocktail, shrimp ceviche cocktail and some clam chowder to go with it, all of which was delicious. We ate on the wharf with the herds of sea lions calling out beneath us.

We also visited Natural Bridges state beach, known for the walking trails, abundant butterflies and the beach, which had used to have three natural “bridges” made out of rock. Unfortunately, only one is still standing due the persistent erosion by wind and water. 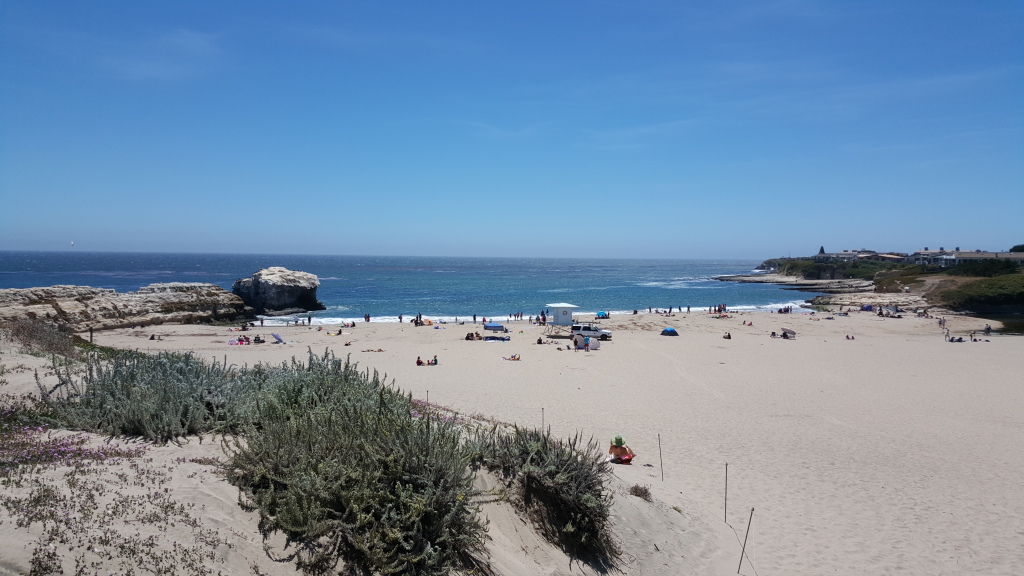 For dinner, we gathered some friends together (Kevin came to see us from Palo Alto!) and had a cookout at Davenport beach. My mouth is watering just thinking about everything we grilled! Not pictured: red snapper, chicken skewers, more vegetables. We hiked up a path close to the beach to catch a windy sunset, too. Have you ever seen a cloud that so closely resembled a shark? 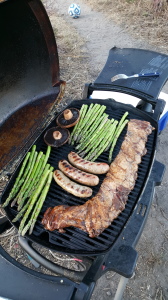 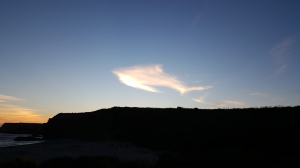 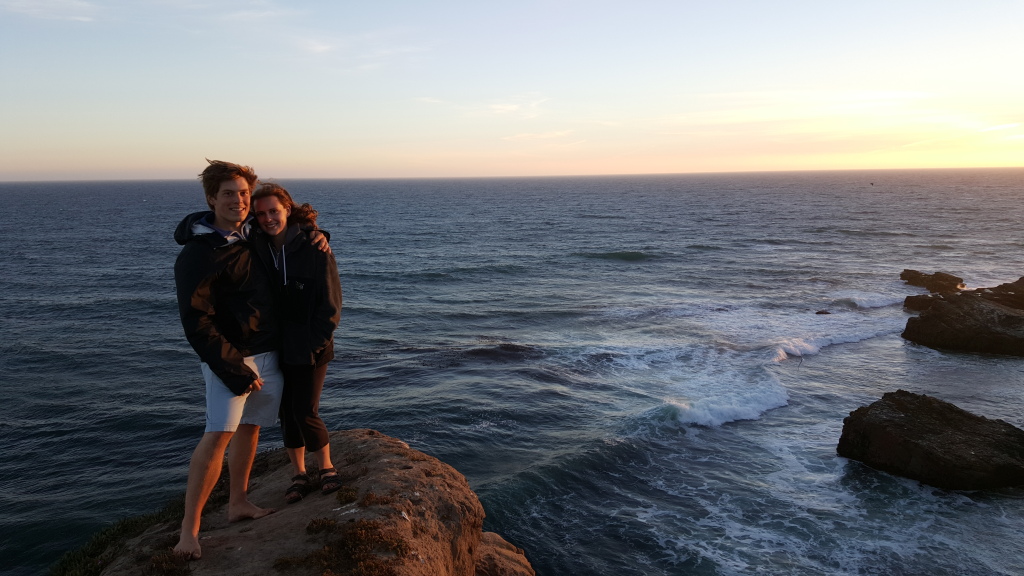