The next stop on the trip was Denver, Colorado. Colorado has been calling to me for a while now, so I was excited to have the chance to visit. The drive from Utah had some great scenery and kept me awake: stratified rock formations gradually turned into mountains, and I eventually drove through the continental divide on I-70 (that’s a LONG tunnel). I wish I had more time to stay in the West of Colorado and hike the mountains, but that will have to wait until another trip.

I had an Airbnb in the city for the night and quickly showered and cleaned up once I got there. The rest of the day I walked around the city, getting to know the different parts and checking out what the local economy had to offer. At night I toured a few of Denver’s well-known breweries. I ended up making a friend (who was in Denver for a wedding) at Epic Brewing and we tried everything they had to offer. 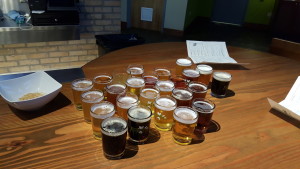 I departed Denver the next morning with a slight headache (turns out 24 beers is lot to drink, even when they’re only samples and you’re splitting them!) for one of the longest days of driving on the trip. It was around 13 hours driving time to the Mark Twain National Forest in Southern Missouri where I planned to spend the night. I-70 seemed to stretch endlessly off into the horizon in Kansas, with only occasional roadwork to break up the monotony. I listened to audiobooks, ran through playlists of music, called friends and family and sang to myself – anything to pass the time.

I arrived at the National Forest before midnight and found the campground I was looking for on a map at the entrance. Quick dinner, pitched the hammock, and I was asleep before I knew it. It was muggy, though, and rained heavily through the night so I didn’t rest much. On the way out the next morning, the road had flooded over. I was a bit nervous about crossing in the Saab, but didn’t really have a choice. I drove through quickly and was on the way to Nashville.

In Missouri I realized how much appreciated the US Forestry Service. Not even for the National Parks or more established parts. There are many little-known National Forests in corners of country that are completely free to access and available for anyone with a desire to get outside. In most of them you can camp at an established site for a small fee, or do dispersed camping – basically backcountry – for free. That’s the power of public land: it’s there for everyone to use. I was very satisfied at how simply and inexpensively I could live on this part of the trip, all thanks to the USFS.

Fried Chicken Stops: 1
Radio stations flipped through: too many to count.
Route traveled: 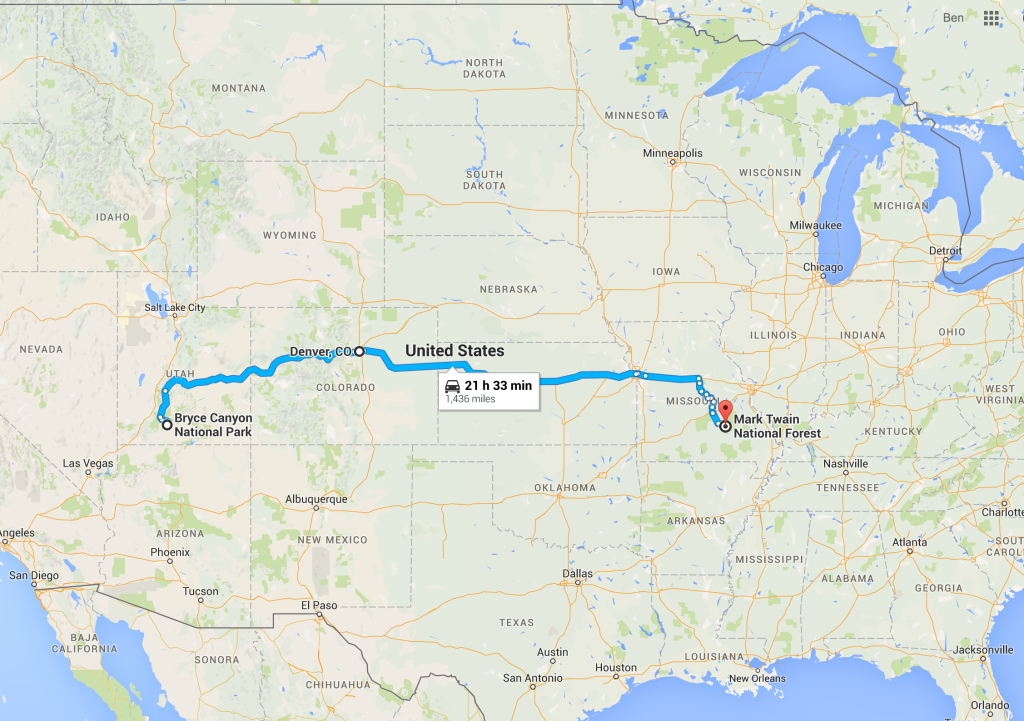