How lucky are we? Selen’s family runs a vineyard in Assos, on the Turkish coastline near the Greek island Lesvos. We piled in the car — six hours of driving and a ferry ride later we arrived at the vineyard. And just in time! We welcomed a thunderstorm rolling in from the Aegean. We all huddled under the porch to watch the lightning. Soon enough it was hailing fairly large pellets — the first time that’s happened in Assos since Selen’s family has been here. 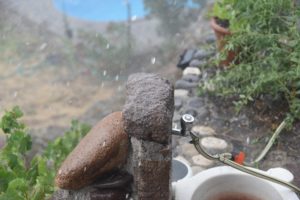 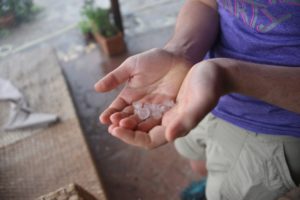 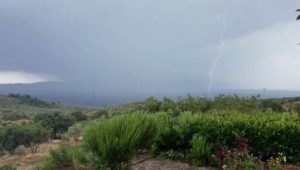 Lightning over the Aegean 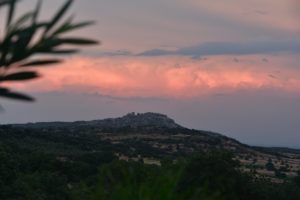 After the storm – ancient Assos in the background

The next day we explored Assos, the ancient village built on a hill over the sea. The construction dates back to 530BC, and much of it is still standing. There’s no mortar holding the walls and tower together, only perfectly carved stone blocks interlocking an supporting each other. At the top of the hill was a large temple to Athena, the god of war and wisdom. Only a few column pieces remained, reassembled here with some modern cast sections. Stand among the columns and imagine the Greeks using this temple, right where you are, 2500 years ago. And then snap out of it and pose for a photo. 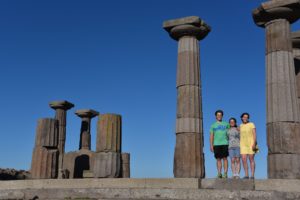 Further down the hill is an amphitheater, still standing with the same timeproof construction. 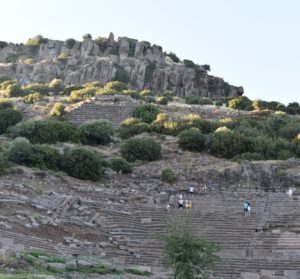 We walked town to the old harbor town of Assos afterwards. It’s now a popular tourist destination, filled with hotels, restaurants, and a place to get ice cream by the water. We saw some locals serving “fish bread” to tourists from their boat. Doesn’t get fresher than this! 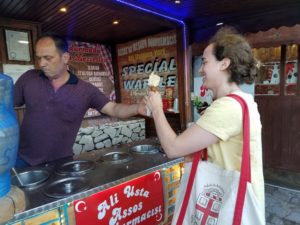 No trickery from this ice cream man! 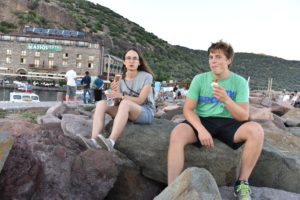 Thanks for telling us you are taking a photo, Lauren! 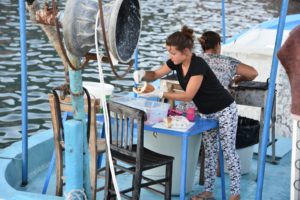 Olive trees grow like weeds around here. Unfortunately they are nowhere near ripe. Still, we got a great sunset over the ocean and a perfect end to the day. 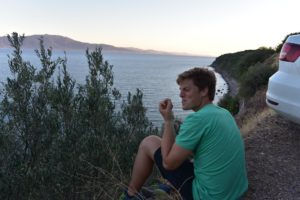 Not the best idea I’ve had this trip. 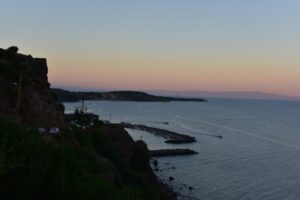