After so much city time, Lauren and I wanted something more quiet and active for today. Selen recommended Büyükada, the largest of the Princes’ Islands in the sea of Marmara. The day started with another boat ride, this one much longer than the last. 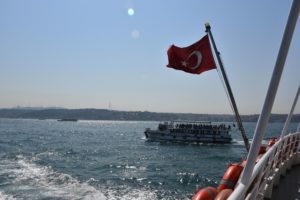 Cruising down the Bosphorus

We rented bikes from a local shop and set out to explore the island. There are two peaks, one topped by an old Greek orphanage that is now in decay. Fun fact: this is (or was before it starting apart) the largest wooden building in Europe and the second largest in the world! Now, it’s all blocked off. 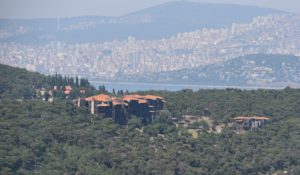 View of the orphanage from the higher peak

The highest point on the island was a major challenge to cycle up on the poorly maintained rentals, so we had to walk most of the way. The views of the sea of Marmara and the Turkish coastline were worth it! 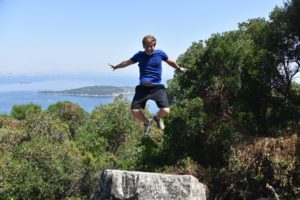 On the way down we found a nice secluded swimming hole. A dip, a nap and a snack later we were feeling refreshed! 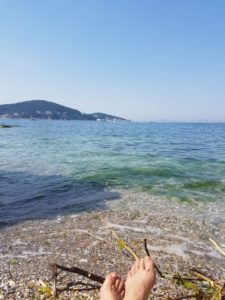 The sea of Marmara was cool and clear

Later, in town, we got dinner at a seaside restaurant. They let us choose which freshly caught fish we wanted cooked up. 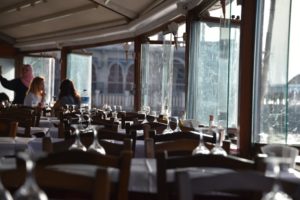 The winding route we took around the island

On the boat ride home, we had an exceptional sunset over the old city. Aya Sofia and the blue mosque looking regal here. 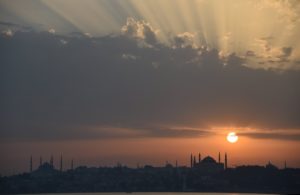